Hi @knokit - there should be zero difference between production and dev. With that being said - there is only a production build of the CSS that is distributed. Do you have a link to your repo or a repro case online so I can look at your setup?

Thanks @dgutride, for helping me solving the duplication issue.

The css duplication was caused by 2 different things:

Regarding the differences between dev and prod, I’ve created a simple repo, based on patternfly-react-seed, that reproduces the problem: 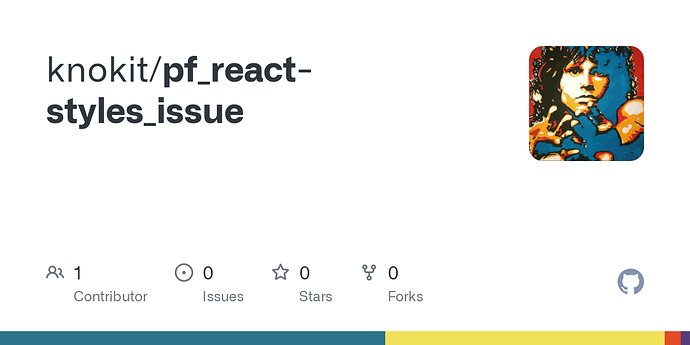 Contribute to knokit/pf_react-styles_issue development by creating an account on GitHub.

It seems that in production build the css rules are extracted into the stylesheet file in a different order.
Any suggestions how to solve this?